SWEET BEANS!
Welcome to the Knives Out Wiki

The circumstances surrounding the death of crime novelist Harlan Thrombey are mysterious, but there’s one thing that renowned Detective Benoit Blanc knows for sure—everyone in the wildly dysfunctional Thrombey family is a suspect.

Knives Out had its theatrical release in November 2019 and was a critical and commercial success. In March 2021, Netflix obtained the rights to two sequels to be written and directed by Johnson, with Craig reprising his role as detective Benoit Blanc. 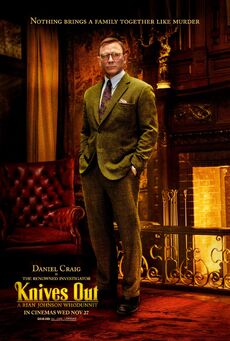 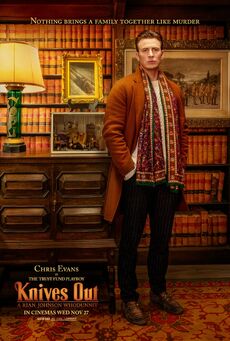 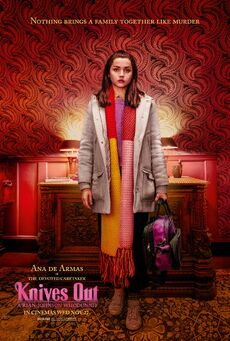 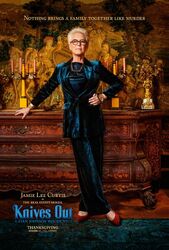 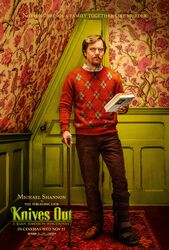 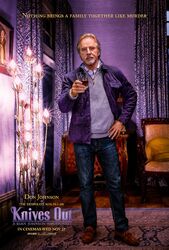 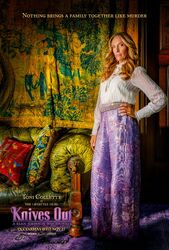 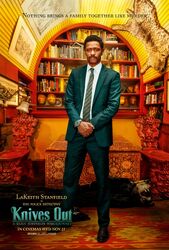 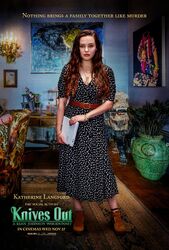 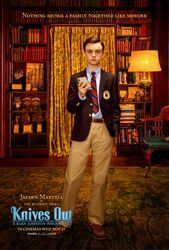 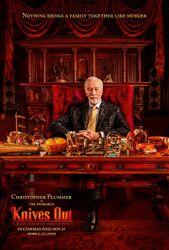 Knives Out Wiki is a collaborative community where we aim to keep track of everything relating to the films: characters, events, locations, and more. We currently have a total of 27 pages.

We also have a place for getting to know each other and to talk about Knives Out in our Discussions. Whether you are here to start editing or to chat with fellow users, you are welcome to sign up for an account!
Community content is available under CC-BY-SA unless otherwise noted.
Advertisement